A Patient's Journey To Join A CAR-T Cell Therapy Trial 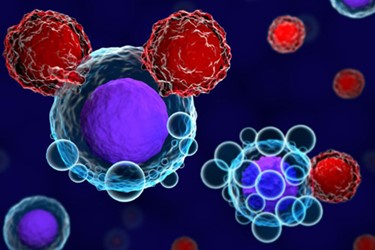 Cancer treatments are never easy on patients. Generally, those diagnosed with cancer are subject to multiple rounds of radiation and/or chemotherapy, both of which can have adverse effects on the body. New advancements in oncology, however, show promise of increasing survival rates while subjecting patients to treatments that are more tolerable.

Nicole Gularte is a tax and accounting specialist by trade. She is also the co-founder of The Inspired Heroes, a group of cancer survivors who are advocates, speakers, and consultants dedicated to advancing healthcare and creating a healthier community of cancer patients and survivors.

Speaking at Outsourced Pharma 2018 in Philadelphia, Gularte stated she was diagnosed with acute lymphoblastic leukemia (ALL) in 2010. She was initially sent to Stanford University for a treatment which took approximately three years. In 2014 she relapsed and was informed by doctors that her options were slim. A bone marrow transplant, she was told, was really her only viable treatment.

A bone marrow transplant was the standard therapy for refractory leukemia, but the sound of it did not appeal to Gularte. She felt there had to be something better, something newer, and something that did not involve a bone marrow transplant. She pleaded with her doctors at Stanford to present her with a better option, and that is when one suggested CAR-T cell therapy. There was a trial (CTL109) that Novartis was attempting to get approved by the FDA.

Gularte immediately wanted to learn more about the experimental therapy. However, her hematologist at the time advised that she not waste her time on it. “Nicole, you are never going to see CAR-T cell therapy,” he said. “It’s something that is not in your lifetime. It's just not going to happen.”

Gularte was undeterred. She left the hospital that day and contacted the University of Pennsylvania, insisting she be admitted to the Novartis trial. At the time, the FDA had the trial on hold and Penn declined to meet with her.

“They did not take me seriously,” she says. “They didn’t believe I actually wanted to travel from Stanford to Penn simply to sit with their team and discuss the trial. I was frustrated. Finally, I said to them, ‘Look…I have two unrelated bone marrow donors. One is a perfect match (10 out of 10) and the other is a 9 out of 10. I am turning both of those down so that I can allow myself to relapse and qualify for your trial.’ That was when they finally began to take my request seriously. The following Monday I was standing in front of their team.”

Gularte spoke to the team, which included Dr. Noelle Frye, assistant professor of medicine at The Hospital of The University of Pennsylvania. Frye supported her decision, and asked Gularte to come back the next day for collection of her T-cells. At that time there was just the one CAR-T trial underway for adults at Penn and just three beds available for those patients.

A Source Of Inspiration

When Gularte went back the next day, she met with Dr. Don Siegel, the director of pathology and laboratory medicine at Penn. He asked if she had ever heard of Emily Whitehead. When Gularte replied that she hadn’t, he showed her a video titled Fighting Fire with Fire. Whitehead was diagnosed with ALL at the age of six and took part in an experimental T-cell therapy. Just weeks after receiving the treatment, Whitehead was in remission.

“Her story inspired me,” says Gularte. “Seeing that video made me even more determined to pursue the CAR-T trial. Siegel gave me and my family a three-hour tour of the facility where my cells would be stored and explained what would happen if I relapsed. We also got to see the GMP facility. It was really amazing.”

Gularte’s cells were frozen, and she headed back to California. Doctors expected her relapse to take a few months but instead it took a couple of years. When it happened, the cancer spread to her eyes. She had to have surgery on her left eye to confirm leukemia, which left her blind in that eye for months. For months she also had to have radiation treatments on both eyes which resulted in color vision loss and almost total vision loss.

“That was a very difficult time,” says Gularte. “I felt like I had everything taken away from me. I couldn't drive. I couldn't live alone. Eventually the cancer spread to my lymph nodes and my spinal fluid. I've had over 300 lumbar punctures with a chemotherapy cocktail mix.”

A Setback Evolves Into Success

“At that time, I simply believed the disease would not go away, despite all of my efforts,” says Gularte. “I felt I had been through enough. I was told I would have to go on Hospice, and they gave me three to five weeks to live. I made plans to be buried next to my father in a Catholic cemetery and my best friend planned a beautiful baptism for me. I did some travel and vowed to enjoy the last few weeks of my life.”

When week four rolled around Gularte felt relatively good, considering she had not had a blood transfusion or chemotherapy product in five weeks. The doctors at Penn had been following her progress and urged her to return to Stanford for another lumbar puncture, hoping it would come back clear. Surprisingly, it did.

The following Monday Gularte was back at Penn and enrolled in the clinical trial. She began preconditioning on September 1, 2016 and received her T-cells just a few days later. Dr. Siegel and other members of the medical team would visit her on an almost daily basis, including weekends, to check her progress.

Initially she faced some challenges, including a fever of 105.8 degrees for six days and seizure-like episodes. She was provided with tocilizumab which reduced the fever. On day 10 something incredible happened. Gularte’s vision and color vision were completely restored.

“Not only did CAR-T cell therapy save my life, it also repaired some of the damage caused by the chemotherapy and radiation treatments,” states Gularte. “I regained full vision in one eye and partial vision in the other. I also scored a 14 out of 15 on my color vision test administered that day. I was color blind for a year and a half, and it was overwhelming for me to again see color. I finished the trial and on the 28th day, my test came back cancer free.”

Another Challenge To Face

Entering September 2018, Gularte had been cancer free for two years. Unfortunately, a week later she learned her cancer had returned. She would have to fight the disease for the eighth time in eight years and do so with another CAR-T treatment. Even if the treatment is a success, there is no guarantee the cancer will not return. After initially considering suspending any further treatments, she is again fighting to defeat the disease. This time she will receive three infusions of T-cells. Emily Whitehead and others have been an inspiration to her, and she now hopes to be an inspiration to others.

“I feel, as an adult with a pediatric disease, that I can be a voice for the children who cannot speak for themselves,” adds Gularte. “I will keep fighting and sharing my story until every single child who is diagnosed with cancer has CAR-T therapy available as a first line treatment. Everyone working in this industry is part of the story. Our stories begin here, and they will end with a cure.”