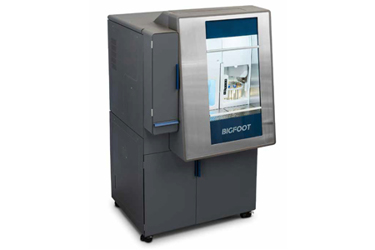 Cell sorting continues to be a powerful contributor in the quest to improve human health, allowing researchers to make timely advancements in drug and vaccine development, as illustrated by the newly released SARSCoV-2 sorting protocols [1]. However, cell sorting is also known to produce aerosols that can expose the operator to both known and unknown pathogens. When cell sorters are run at high pressures, they can produce aerosols with high particulate content as well as extremely small particles. Such particles, especially those smaller than 2 μm, are prone to deposition in both the upper airway and the alveolar spaces in the lungs, with potential to harm the operator [2]. This hazard necessitates protective barriers and containment apparatus to be incorporated into the cell sorter.

In the early 2000s, manufacturers sought to address these concerns by adding aerosol management systems (AMSs), which continuously evacuate the sorting chamber to remove aerosols. In the same period, the first attempt was made to fit a cell sorter into a Class II biosafety cabinet (BSC). Though less than ideal, it served to protect the sort sample and to some extent the operator. Current International Society for Advancement of Cytometry (ISAC) safety regulations require that all cell sorters now be equipped with an AMS [2]. These standards also state that most types of cell samples and lab spaces necessitate the sorter to be enclosed in a BSC. Despite these regulations, AMSs and BSCs are frequently marketed as optional accessories when purchasing a sorter and, as such, frequently fall victim to funding shortfalls. Several newer sorters include an AMS integrated with a standard BSC, but they continue to resemble an ad hoc solution with manual operation of air-handling controls and poor access for service manipulation, which can lead to inconsistent results and an unsafe environment.

The referenced ISAC regulations require periodic testing of AMS and BSC systems. While the recently developed Cyclex-D air sampler and 1 μm Dragon Green fluorescent microspheres AMS testing method is an improvement over previous procedures, the process remains cumbersome and not clearly defined for many sorters. The literature describes the testing using only one manufacturer’s cell sorter, and while general guidelines are included to modify the procedure for other vendors’ equipment, such modifications are not always clear-cut and frequently require burdensome manual overrides and manipulations. An instrument designed with a well-integrated AMS and BSC will likely solve most if not all of these common concerns.

In this paper we review the Invitrogen™ Bigfoot Spectral Cell Sorter is designed with an integrated BSC and AMS.