A First-Hand Account: The Evolution, Challenge, And Hope Of CAR-T Therapy 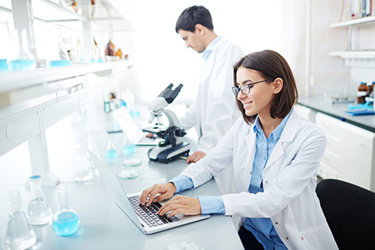 My first introduction to Cancer Immunotherapy was in 2005 during my second year of general surgery residency in Detroit, Michigan. I had just finished an overnight shift when I learned that a chief resident from my intern year passed away from widespread Stage IV metastatic colorectal cancer. He spent a majority of his life training to become a surgeon and now he was gone.

I was tired and sad, but I found 10 minutes to grab breakfast in the cafeteria. The Sunday morning topic on TV was about a new cancer treatment known as “adoptive cell therapies.”

I watched and listened intently as Dr. Steven A. Rosenberg, the Chief of Surgery at the National Institutes of Health, was interviewed about treating cancer with cell- and gene-based therapies.  He was taking lymphocytes, immune cells known to fight infections, from patients’ blood and genetically modifying them to recognize cancer.  These cells were then infused back into patients.  At that moment, I knew that I had to get to the NIH to work with Dr. Rosenberg.

After emailing Dr. Rosenberg, I was granted an interview and subsequently an NIH clinical fellowship. This next chapter in my life meant I would be leaving Michigan permanently for the first time since arriving in the US as a 9-year-old kid from Northern Wales. I was ready for the move.

During my first year at the National Cancer Institute’s Surgery Branch, I was one of Dr. Rosenberg’s three Cancer Immunotherapy Fellows.  I’ll never forget my first day on the job.  Following morning rounds, Dr. Rosenberg handed us an Immunology textbook and encouraged us to finish reading the book before next Monday’s morning rounds. I didn’t need a week. I was hooked.

After 18 months in the clinic, I was asked to join Dr. Nicholas Restifo’s laboratory, who at the time was a leading NCI Immunologist. This was a formidable time. On service, I witnessed the birth of CAR-T cell therapies in the clinic. Outside the clinic, over a decade later, I might equate this discovery to a billionaire’s recent rocket trip to the moon and back.

Thinking back, I still get goosebumps. The first patients treated with CAR-T were incredibly courageous to enter first-in-human clinical trials at the NIH. I recall looking at the CT scans presented by Dr. James Kochenderfer, now a senior investigator at the NCI, and witnessing large bulky lymphoma tumors simply disappear. At that moment, I knew we were entering a revolution in cancer treatment.

Although groundbreaking strides were being made in bloodborne cancers such as lymphomas and leukemias, extending these treatments to other cancer types remained elusive. To better understand human disease and solid tumors, I completed my residency at NIH in pathology and spent significant time in the laboratory.  While at the bench, my work focused on improving CAR-T performance in solid tumors by studying the transduction of the gene encoding interleukin 12 into lymphocytes, a concept that was taken into clinical trials.

My passion to develop novel treatments propelled me to continue researching and developing cell and gene therapies.  After moving to industry, I began to understand the process-related innovations required for getting treatments to patients faster, and at scale for commercial medicines.  Our goal is to give patients suffering from cancer in the most remote parts of the world, the same opportunity as those treated at the top cancer institutes in the United States. While I am excited to be a leader in research and development and to grow a company, I am reminded daily of the challenges.

The most obvious challenge is a cell and gene therapy company’s ability to produce and manufacture cells efficiently. Unlike traditional biologics, scientists don’t have endless amounts of time to manufacture therapies before the commercialization process. Time has been the biggest hurdle, along with scalability. The questions before us: Can we manufacture treatments safely, and at scale?  Can we make the treatments affordable, so cancer patients can access them more quickly?

The short answer is yes, although the logistics are complex, especially if it is an autologous therapy, which will be delivered to a clinic. The process from the first patient visit to see their clinician, to the apheresis collection, to the manufacturing site, followed by the manufacturing process, and ultimate delivery back to the patient is highly intricate.

This obstacle course, combined with the high growth rate of cell and gene companies, is driving scientists to devise and adopt innovative development and manufacturing technologies to adapt to an accelerated clinical landscape.

As a leader in R&D, I’m approaching development with the end in mind, the drug’s commercialization.  Early in my career I learned that if the very first cell therapy programs we developed showed clinical success, scaling out these therapies would be an increasing challenge.

Not even a decade later after leaving the NIH, our teams at EXUMA Biotech are developing an autologous subcutaneous therapy that can be manufactured in one day for hematological cancers without the pre-treatment lymphodepletion. If our hypotheses are correct, this adaptation could reduce cost, reduce the risk of infections, and perhaps be the fastest way to treat the patient.

We’ve been mindful of the fact that by the time CAR-T therapy is recommended, most cancer patients are very ill.  Patients often also need to undergo additional bridging chemotherapy while they wait for their CAR-T to be manufactured. If the cancer is progressing too fast, the patient may never receive the treatment that could have extended his or her life.

With five FDA-approved CAR-T cell therapies at this writing, and over 100 companies worldwide working on new CAR-T treatments, investment is a key consideration. Potential investors, or drug development partners, want to make sure therapeutic companies have a commercial manufacturing plan in place, even during the early clinical development stages. For this reason, it is critical that innovators focus on manufacturing early in development.

For the future, I’m excited about EXUMA Biotech’s vision to bring CAR-T treatments to patients in a faster and safer manner. To my best knowledge, we could be the first company to bring forward a subcutaneous CAR-T therapy that can be manufactured in one day and without the need for preparative chemotherapy.

Finding appropriate targets for solid tumors represents a major challenge.  Most targetable proteins on cancer cells are also present on normal cells.  This creates a major hurdle as targeting cancer cells can also result in damage to healthy cells. In the case of malignancies that arise from blood cells such as B-cell leukemias and lymphomas, eradicating all the cancer cells in addition to the normal B cells in the blood is acceptable, as there are ways to medically manage these side effects.

For common solid tumors, the targets on cancer cells are also expressed on vital organs.  Therefore, our focus at EXUMA is on developing CAR-Ts that recognize targets only within the context of the tumor microenvironment.  We call this tumor metabolism regulated CARs (TMR-CAR).  Recently, our team of innovators developed a HER2 targeting TMR-CAR that binds to the target in the context of an acidic tumor microenvironment.  This program is currently in early-phase clinical trials.

Another challenge for solid tumors is the heterogeneity of target expression. Solid tumors consist of stromal cells that form the supporting framework for malignant cells to grow.  Often, stromal cells do not express the tumor cell target. Therefore, treatments are not able to take out the foundational scaffold of a tumor mass.

To address this issue, our teams are focusing on a novel target in solid tumors, the receptor tyrosine kinase AXL. We have developed TMR-based CARs against AXL.

This target is highly expressed in sarcomas and is associated with resistance to chemotherapy and molecularly targeted inhibitors.  It is also one of the unique tumor antigens to be expressed on tumor cells and stromal cells and may represent a tumor target that potentially collapses the stroma.

One of the most promising aspects of CAR-T therapies is the ability to maintain long-term durable responses following a single dose treatment.  This relates to the ability of lymphocytes to have potent tumor killing properties and the intrinsic quality to persist long-term as memory cells. Lymphocytes are critical components of a human immune system and protect us from infectious agents such as bacteria, viruses, and fungi. The lymphocytes’ ability to form memory cells is the reason why vaccines against COVID-19 are highly successful.

In the case of cancer, because the target is our own cell and not a foreign invader, lymphocytes need to be trained or gene modified to express CARs to recognize and kill tumor cells.  These CAR-expressing lymphocytes need to expand and persist long-term, which are necessary traits to make sure the very last cancer cell is eliminated.  There are many factors that are important for the formation of memory lymphocytes and long-term persistence.

A significant portion of our research efforts are devoted to discovering new synthetic elements to improve the ability of T cells to expand and persist.  We believe that these core technologies will enable CAR-T to deliver durable responses without the need for lymphodepleting chemotherapy.

Cancer is one of the most formidable foes known to humans.  It is an enemy that has perfected the art of avoiding detection and defending against attacks.  Tumor cells from the most lethal types of cancer such as lung, breast, colon, ovarian, prostate, sarcomas, and brain cancers can directly shut T cells down by expressing proteins such as PD-L1.

Tumor cells also consume valuable amino acid nutrients that are required for T cell function and can essentially starve their attackers. Tumor cells also mutate to avoid an immune system attack by downregulating the antigen-presenting machinery that is required for T cell recognition.  They can build vascular barriers that prevent T cells from gaining access to the inner foundational structures. There is significant ongoing research dedicated to combating these evasive maneuvers to improve CAR-T treatments in solid tumors.

Looking to the Past to Build a Brighter Future

Dr. Rosenberg led the way in the earliest days by showing us how to harness a patient’s own immune system to fight advanced cancers. His studies of the adoptive transfer of genetically modified lymphocytes have resulted in complete regressions of wide-spread metastatic cancer. Dr. Rosenberg’s pioneering work transformed immunotherapy from a theoretical possibility to reality.

I feel fortunate to have learned from the best.  From that chance meeting as a surgeon in training, to a fellowship, and now as a scientist and leader in R&D, I continue to be inspired by his sharp intellect and relentless efforts spanning over five decades.  Now it is up to us as drug developers to accept his challenge, and to scale the opportunity cell and gene therapies offer to their full potential.