25 Years Of VST Therapies: The Journey Behind The Technology And Innovation

By Ann Leen, Ph.D., Co-Founder and CSO of AlloVir 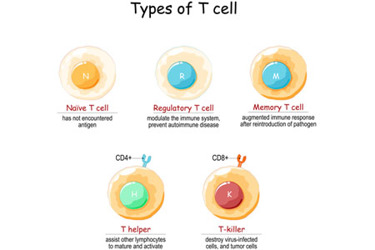 Serious infections caused by viruses including BK virus, cytomegalovirus (CMV), adenovirus (AdV), and Epstein-Barr virus (EBV) are major causes of morbidity and mortality in transplant patients. These viruses are widespread in the general population but are typically unnoticed or produce no symptoms in healthy people with competent immune systems. However, transplant patients, who require immunosuppressive drug regimens, are highly vulnerable to serious viral infections, which are fatal in up to 20% of patients.1

Some opportunistic viral infections in transplant patients can be treated with off-label antiviral agents such as ganciclovir for CMV. However, not all patients respond to antivirals and their side effects also limit their clinical use. Moreover, antiviral agents do not address the root cause of transplant-associated viral infections: the dearth of virus-specific T cells in immunocompromised patients.

In 1994, an investigational option for these patients appeared on the horizon: adoptively transferred virus-specific T cells (VSTs), which were selectively expanded from stem cell transplant donors. Our group first explored the clinical potential of administering such cells to allogeneic hematopoietic stem cell transplant (HSCT) recipients to prevent and/or treat EBV infections.

Twenty-five years later, VSTs have the potential to offer immunocompromised individuals protection from a multitude of viral infections. Advances in the science and manufacturing of VSTs have enabled the generation of VST lines reactive against multiple clinically problematic viruses — up to seven in a development product and six in proof-of-concept studies,2 so far — that can be prospectively prepared from healthy third-party donors. These advances allow for off-the-shelf use of VSTs to treat large numbers of patients infected with multiple viruses.

Here I recount the major stepping stones on the journey that has brought this exciting field to the threshold of preventing and treating serious viral infections in high-risk populations with T cell deficiencies.

EBV-associated lymphoproliferation is a devastating and potentially fatal disease caused by uncontrolled EBV reactivation. Prior to the 1997 approval of rituximab, the disease occurred in about 10% of transplant patients and there were no effective treatments. In the early 1990s, Dr. Cliona Rooney, an EBV expert, and Dr. Helen Heslop, a physician specializing in HSCT, collaborated on the development of a new approach for the disease: the ex vivo amplification, expansion, and infusion of donor-derived EBV-specific T cells.

In 1994, they reported the successful treatment of EBV-associated lymphoma in an HSCT patient.3 Over the next few years, they tested EBV-specific T cells in a total of 114 HSCT patients.4,5 None of the patients who were infused prophylactically developed EBV-associated post-transplant lymphoproliferative disease (EBV-PTLD). As a treatment, they were effective in 11 of 13 patients. Of the two patients who did not respond, one had extensive CNS disease and died shortly following infusion; the other had a deletion in the immunodominant EBNA3B gene that abolished the two T cell epitopes recognized by the infused donor VST line, leading to tumor immune escape.

These early studies demonstrated the safety and therapeutic potential of donor-derived VSTs to prevent or treat serious EBV-associated disease in transplant patients.

Implementation of VST therapies in transplant patients was initially limited by several factors.

First, individualized VST lines had to be prepared for each donor-recipient pair, using a time-consuming and costly manufacturing process that was not readily extendable to a broad patient population.

Second, increasing use of virus-naïve stem cell sources such as cord blood, precluded the ex vivo preparation of VSTs.

Third, transplant patients are often infected with multiple viruses, but it was impractical and costly to generate combinations of single virus-specific T cells targeting all viruses in a patient.

These limitations highlighted the need for T cell therapies with specificity for more than one virus (multi-specific VSTs). Preferably, these cells could be generated ahead of time from third-party donors, and provided as a partially HLA-matched product to immunocompromised patients.

The development of VSTs meeting these requirements occurred in two stages. The first involved developing and testing multi-specific VSTs in settings where the same donor provided both the allograft and the T cells (donor-specific).

Our group conducted two clinical trials using donor-derived bi-specific (EBV and AdV) or tri-specific (EBV, AdV, CMV) VSTs, which were prepared by genetically modifying monocytes and EBV-transformed lymphoblastoid cell lines with an empty or CMV-pp65 transgene-expressing adenoviral vector.6,7 These multi-virus VSTs proved safe and effective in allogeneic HSCT recipients; for example, by resolving liver lesions in a patient with EBV-associated lymphoproliferation and treating AdV-induced, drug-refractory pneumonia in a patient on mechanical ventilation.

Through 2009, the manufacturing process for VSTs required infectious viruses, viral vectors, and intensive, prolonged culture periods that extended over several months. Beginning in 2010, we developed a new manufacturing process that employed a simplified culture technology that excluded all viral components and reduced culture time to 2-3 weeks. This process was used to generate tri-specific VSTs (EBV, CMV, AdV) in a donor-specific setting that proved safe and produced complete responses (CRs) in 10 of 13 HSCT patients, including four with dual infections.8

Meanwhile, as the development of multi-specific VST therapies in the donor-specific setting progressed, we moved into the second stage by investigating the potential of infusing off-the-shelf VSTs prepared from third-party donors to HSCT recipients with refractory viral infections.

In our initial multicenter clinical trial of this approach, we utilized 18 tri-specific VSTs (EBV, CMV, AdV) from a bank of 32 cell lines to treat 50 HSCT patients. The lines infused matched at least one to four (out of six) HLA alleles and were used to treat patients who had infections with one or more of the target viruses that had proven refractory to conventional antivirals. Responses were achieved in patients infected with each of the target viruses. Indeed, complete or partial responses were observed in 17 of 23 CMV patients (73.9%), 14 of 18 AdV patients (77.8%), and 6 of 9 EBV patients (66.7%), and these benefits were durable. Furthermore, responders included patients with established organ disease, such as CMV colitis and EBV-PTLD, as well as those with persistent viremia only. The safety profile of the banked VSTs was also favorable, with only two patients developing de novo graft-versus-host disease (GvHD).9

Having shown that “off-the-shelf” tri-specific VST therapies were a feasible and safe therapeutic option, the next challenge was generating VSTs specific for more than three viruses.

We next incorporated BK virus and human herpesvirus 6 (HHV6) specificity into the cocktail of viruses targeted within our multi-virus product. This novel VST product, posoleucel, which targets 12 antigens from five different viruses – BKV, CMV, EBV, AdV and HHV6 – was first clinically tested in the donor-specific setting with the administration of VSTs to 11 allogeneic HSCT patients, eight of whom had up to four active viral infections. These VSTs proved safe in all patients and produced a 94% virological and clinical response rate that was sustained long-term.10

This proof-of-concept study paved the way to a larger trial evaluating “off-the-shelf” use of this multi-virus-targeted T cell therapy. In this study, which was published in 2017, we administered partially matched VSTs to 38 HSCT patients who, between them, had 45 severe or drug-refractory viral infections. The infusions were safe, with just two cases of de novo GvHD, and produced clinical benefit with a cumulative CR/PR rate of 92%.11 Importantly, we achieved clinical improvement in 31 patients treated for a single infection, seven patients treated for multiple infections, and in patients with virus-associated diseases, including BK-associated hemorrhagic cystitis.

State of the Art

Looking back across a quarter of a century, I am gratified to see how far the VST concept has come: from a labor-intensive “boutique” therapy that generated one therapy for one virus destined for a single patient to a drug product targeting multiple viruses and accessible to many patients. Two game-changing factors have led to the current VST clinical development path: the feasibility of using VST therapies as an off-the-shelf product for patients with a partial HLA match, and the manufacturing solutions and refinements introduced over the last decade.

Today, I believe VSTs are an example of the right therapy coming into its own at just the right time. For decades, physicians and scientists have recognized the immune system’s role as a finely tuned machine that protects us for our entire lives. Over the last 18 months, the Covid-19 pandemic has also educated many lay people about the immune system, engendering an even deeper appreciation of the power of VST therapies to restore patients’ immune systems and protect them from the devastation of viral infections.