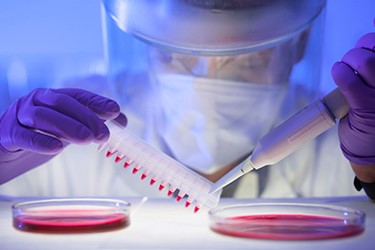 She had relapsed with acute lymphoblastic leukemia (ALL) seven times over the last decade. ALL is a type of fast-moving blood cancer that causes the bone marrow to produce too many immature white blood cells, which can spread the disease to other parts of the body. If left untreated, ALL is deadly.

Nicole had exhausted all her treatment options – except one.

Her last hope was an experimental treatment known as CAR T-cell therapy.