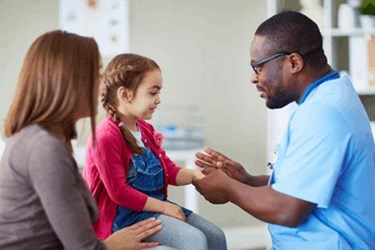 Getting adult patients to take part in a clinical trial is difficult. In the area of oncology, for example, only three to six percent of patients eligible for a study will take part in them, depending on whose numbers you believe. According to a study conducted by the Fred Hutchinson Cancer Research Center and the University of Washington, 20 percent of cancer trials will fail because of their inability to attract enough patients.

When developing a treatment for a childhood disease, patients can also be difficult to recruit. The combination of patient age and the experimental nature of a treatment can cause concern amongst both parents and the FDA.

Caladrius Biosciences is a company dealing with that challenge. Caladrius is developing a cell therapy technology based on a patient’s own T-cells, with the goal of reestablishing a normal balance of the immune system. Cell therapy is based on the concept that humans are generally healthy when all of their cells are working properly. When cells fail to perform their intended function, chronic illness can result. Cell therapy aims to correct that defect.

“Autoimmune disease is a great example,” says Doug Losordo, chief medical officer for Caladrius. “No one is born with an autoimmune disease. A person’s immune system is normally in balance and attacking foreign proteins, leaving other tissues in their body alone. But sometimes an attack is triggered, and there is an unwanted assault of the immune system on tissues in the body.”

Caladrius has been involved in the cell therapy space for approximately seven years, since acquiring a technology from Jeff Bluestone, a researcher at the University of California San Francisco (UCSF). Bluestone spent many years figuring out how expand and enhance the function of T-cells when their function appears to be impaired. The company is currently using the technology platform to target Recent-Onset Type 1 diabetes in children.

“We are after a cure, not a treatment,” says Losordo. “There are treatments available that seek to increase a patient’s insulin level via injections. What we hope to do is stop the attack of the immune system on the pancreas, thereby, preserving the function of the pancreas and ultimately eliminating the need for patients to receive insulin. The process involves drawing blood from a patient, expanding and enhancing the regulatory T-cells in a manufacturing facility, and infusing the cells back into patients approximately two weeks later.”

Recent-Onset Type 1 diabetes is not incredibly common in children, but there are a few million people (including both children and those who have matured to adulthood) currently diagnosed with it and approximately 35,000 new diagnoses every year. While the numbers are not huge, it does mean there is a good-sized pool of patients from which to draw. Oftentimes the outreach is originated by a parent or caregiver. When a child receives the diagnosis, parents will immediately try to figure out the best treatment option. Losordo notes parents become very good at discovering available therapies. That means Caladrius rarely has to go out and search for patients. Still, some discussion is necessary in order for parents to agree to enroll their children in a new study.

Caladrius currently has a Phase 2 trial underway. It is a blinded study that has some patients receiving enhanced T-cells and others receiving placebo material. Routine follow-up visits are conducted for another two years to monitor the health and progress of patients. The key endpoint is the amount of insulin produced by the patient. Hopefully, patients receiving the enhanced cells will be found to create more insulin than those receiving the placebo.

To find eligible patients for the Phase 2 study, Caladrius first recruited investigators. “We look for the best group of investigators we can find,” says Losordo. “These are people with experience in the disease and who have a good track record of performing studies at highly-ranked medical centers. The physicians are the ones talking to the patients and their parents, and we found they have a lot of experience doing it and are generally accustomed to having those conversations.” On July 19, 2017, Caladrius announced that 50 percent of the targeted number of patients had been treated in the Phase 2 study.

While parents have concerns about any treatment administered to their child, Losordo notes this treatment option is different than administering a new drug to a child. The treatment uses cells from the patient’s own body to repair a defect in the functioning of the cells. At this point, the feedback he has received from investigators who have spoken to parents is that they are comfortable with the treatment.

Although this was the first time the treatment would be used on pediatric patients in the U.S., Caladrius was able to point to past results to get the study approved by the U.S. Food and Drug Administration. The current Phase 2 trial was not the first use of the therapy in humans. Researchers at UCSF performed a Phase 1 study of the treatment in adults. In that open label study on patients with Recent-Onset Type 1 diabetes, researchers were able to show there was no evidence of side effects, transfusion reactions, or other safety issues.

A group of researchers in Poland also used this approach in children with Type 1 diabetes. They were able to provide evidence which showed that children who received the treatment used less insulin and had better glucose control than ones who didn’t. Those results continued for up to two years after the transfusion.

Since the Phase 2 study involves a new treatment method, Caladrius is performing much of the clinical operations work itself. It also owns the manufacturing facility which performs the cell enhancement. That function is performed for Caladrius trials and also for other bio and pharma companies involved with cell therapies. The company has contracted with clinical research organizations on a limited basis to help with safety reporting and the development of the electronic case report forms. Caladrius is also collaborating with academic groups that are assisting with some of the scientific analyses required for the study.

Caladrius currently has two technology platforms. The regulatory T-cell platform is a potential treatment for any autoimmune disease, and other indications will be pursued in the future. Recent-Onset Type 1 diabetes in children is just the first target. The company also has a platform for cardiovascular disease and is preparing to conduct a study on a condition known as Critical Limb Ischemia, which involves a lack of blood supply to the legs and can lead to amputation. Losordo notes a protocol involving that cell therapy has already been approved in Japan.